What is it, why does it happen, how to prevent and solve it

Calculate the risk of acidosis of your cows
Contact Us

What is rumen acidosis ? 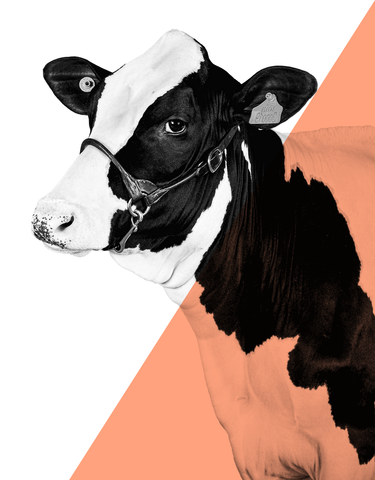 Rumen acidosis, or ruminal acidosis, is a disturbance in the balance of the rumen of the cow. The rumen is home to active micro-organisms (ruminal microbiota) that digest fibre-rich feed and convert it into nutrients such as volatile fatty acids and protein. For efficient milk production, it is therefore important to keep the rumen healthy. Rumen acidosis is a permanent threat, especially for cows with high milk production potential.

Bicarbonate is a natural buffer

In a healthy rumen, there is a balance. The digestion process is responsible for the production of volatile fatty acids in the rumen. Absorbed into the bloodstream after passing through the rumen wall, they are an important source of energy for the cow. However, an excess of volatile fatty acids in the rumen causes rumen acidosis, which is extremely harmful to the rumen microbiota. This effect is compensated for by the cow's saliva, which naturally contains bicarbonate, which acts as a buffer.

Extreme sensitivity of the cows rumen

Rumen acidosis occurs when the balance between the production and assimilation of fatty acids is disturbed. Thus, rumen acidosis is always present. In fact, any change in the ration involves potential risks that can disturb the rumen balance. Rumen acidosis can be prevented by appropriate feed measures.

Find out more, see our brochure

Acidosis Of The Rumen in Dairy Cows

The pH drops in the rumen due to the accumulation of acids, mainly Volatile Fatty Acids (VFA) and lactic acid. This accumulation is due to several phenomena that can accumulate. Rumen acidosis is a permanent threat to high producing dairy cows. The risk is increased in the following cases :

Feed that is rich in fermentable energy causes acidosis

In order to provide a lot of energy to highly productive dairy cows, the ration of these animals contains a large quantity of rapidly fermentable carbohydrates (concentrated feed) to the detriment of cellulose (fibrous products are less rich in energy).

The vicious circle of acidosis

When the animal ingests concentrated feed, Volatile Fatty Acids are produced faster than they are absorbed by the rumen mucosa or neutralized by the bicarbonate of saliva, resulting in acidosis. In addition, low-fibre rations do not sufficiently stimulate rumination and salivation, preventing the cow from naturally restoring a normal ruminal pH (6-6.4). As a result, the risk of acidosis is even higher.

Acidosis is common in early lactation

During the early lactation phase, cows are sensitive to rumen acidosis. The rumen must adapt to large changes in the ration given to the animal.

Cows are very sensitive to heat stress. As soon as the temperature is above 20 degrees Celsius, and more precisely as from 68 of the Temperature Humidity Index or THI, an index that takes into account not only the temperature but also the hygrometry.

Grazing cows are subject to significant changes throughout the season because the nutritional value of grass varies over time. The same applies, for example, to the dry matter intake of grass in combination with the consumption of concentrated feed.

The variable quality of silage fodder

Nutritional value can vary considerably from one silage forage to another.

How do you detect acidosis when cows are grazing? 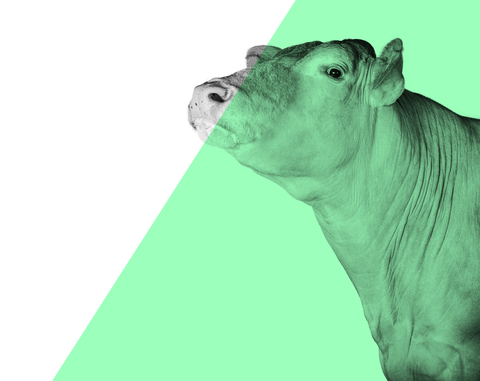 Acidosis is quite common when cattle are put out to pasture and is a pathology that is difficult to detect. Here are a few signs that can help identify animals suffering from acidosis :

Calculate the risk of acidosis of your cows

How can rumen acidosis be prevented?

Acidosis can be prevented by adapting the animal's diet.

High-producing cows need a ration containing enough energy and protein for milk production, but also enough fibre for optimal digestion. The use of Bicar®Z as a standard ingredient in the ration makes it possible to compose a safe ration for a healthy rumen. This natural buffer creates a balance between the production and assimilation of volatile fatty acids in the rumen. It is advisable to add at least 250 grams of Bicar®Z per animal and per day to the daily ration.

4 extra litres of milk per cow

The Bicar®Z team has carried out various studies in different countries and these have shown that the addition of 250 to 300 g of Bicar®Z in the ration or on hand resulted in 16.5% additional milk. Each cow produced between 2.4 and 4 extra liters per day.

What are the daily doses to be administered to your animals?

A comfortable lying position is important

A healthy cow ruminates for seven to nine hours a day, preferably in a lying position. So stall size and comfort are important. If stalls are too short, rumination time is affected. If rumination is too low, the risk of rumen acidosis increases.

If you use a full or semi-full ration, make sure the cow cannot sort through the different feeds. Cows have preferences (fine particles and high energy). As a result, some cows are at higher risk of rumen acidosis.

Regularly check that the ration is well mixed. Ration sieving is a good way to achieve this. In principle, refusals should resemble the initial ration as closely as possible.

Do not chop corn too finely

For optimal digestion of the ration, it is ideal to regularly cut the corn into pieces of about 10 to 15 millimetres in length. Make sure that the kernels are well broken up.

Water quality seems obvious but it is important!

Drinking water, which is available without restriction, is essential for optimal use of the ration and a healthy rumen.

What are the consequences of acidosis?

Loss of hundreds of Euros per cow

According to a study carried out by Orffa, distributor of Bicar®Z in Germany, Belgium, Denmark and the Netherlands, the risk of acidosis can cost the equivalent of 210 euros per cow per year. Long-term effects due to health problems

In addition, acidosis has long-term effects as the cow becomes more susceptible to diseases such as laminitis, sole ulcers and reduced fertility.

Acidosis can cause laminitis.

The disturbance of ruminal metabolism during acidosis, generates the production of amines and vasoactive toxins that cross the rumen walls and will cause vasoconstriction in the foot, reducing blood perfusion and causing anoxia, necrosis, discoloration of the horn and haemorrhages in the foot; as the blood does not circulate well in the foot, it stagnates above the hoof causing congestion, one of the most visible signs of laminitis.

When fed an energy-rich feed, pigs metabolize feed very quickly and the acid-base balance may be disturbed, causing metabolic acidosis.

When the temperature rises above 20°, cows, pigs, and hens become "stressed", resulting in decreased productivity, health issues and reduced well-being.